These are just a few of the words used that have been used recently to describe the tragic events all around the world.

We wrestle and try to understand the reasons behind why people do these kinds of things, but the reality is we cannot fully know the true intent of the individuals that committed these wicked and evil acts.  We cannot fully know the reasons that, in their hearts and minds, justified committing these acts.  We just cannot fully know the “why”.  Many want to gain some insight into their thinking or motives so that we can explain the outcome.  Perhaps the better question to ask is “what” or “where” the real root of the motivation is.  What is the ultimate source of their evil actions?  The answer is actually not that hard to find.  In fact it is stated very clearly in the Bible. The source of the problem is the heart of man.

In Matthew 15:19, says “For out of the heart proceed evil thoughts, murders, etc…”  So there it is, the source of the problem, man’s heart.  That then begs the question…can we fix it?  Can we know how to fix a man’s heart?  Well, in Jeremiah 17:9 it says “The heart is deceitful above all things, and desperately wicked; who can know it?”  So if the problem is the deceitful and wicked heart of man, and we as humans cannot truly know it, what is the answer?  What do we do?  How do we fix it?  Well…WE can’t!

But don’t be discouraged.  There is a solution.

The solution is found in a saving relationship with Christ Jesus alone.

Only Christ Jesus can make a person a new creation, creating in them a new heart, and bringing about lasting change.  Second Corinthians 5:17 says “…if anyone is in Christ, he is a new creation; old things have passed away; behold, all things have become new.”  That includes the heart of a man.  And perhaps one of the best ways for people to come to know Jesus and to have their heart changed for all eternity, is for them to hear it from someone that has experienced that heart change first-hand.

Today more than ever we need to demonstrate a Christ-like love to our neighbors.  This is not the kind of love that says “Hey look at me…I am loving people…check me out.”  But rather the private, personal kind of love that seeks to heal, encourage, support, and show compassion.  It comes in everyday conversations and activities.  People need to see in us, and hear from each of us, of our love for them, and of Christ’s great love, grace and mercy.   We need to love others as Christ loves us.  We need to love with humility, boldness, and grace.  We need to intentionally and abundantly love our neighbors in real, tangible, and practical ways.

Tomorrow is not promised to any of us.  Let’s make today the day that we become compelled by Christ’s love for us, and to love others as never before. 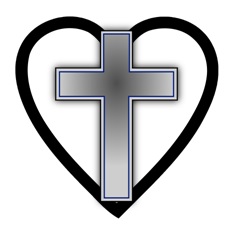 There is a movie that came out a few years back called Next starring Nicholas Cage.  In the movie, Cage’s character has the ability to see a few minutes into the future allowing him to elude the police, avoid being blown up, and woo his co-star, Jessica Biel.  Have you ever wanted to see into the future even if just for a few minutes?  What would you do with that kind of ability?  Would it change the way you live your life?

Would you use that ability for noble causes like helping your child avoid a painful accident?  Or perhaps you would use it to save someone from making a bad financial decision.  What about preventing the start of an argument that would lead to emotional or physical pain.  Or perhaps you would have less noble causes in mind such as playing the winning numbers just before the lottery is drawn.

What about in the spiritual realm of your life…would you use the ability to help someone avoid a sin in their life?  Or perhaps you might know that there is someone that has an unspoken need and you stop them from doing something they would later regret in order to meet that need.  What about the biggest event that nobody can predict…the return of Christ?  If you could know in advance that he was coming back in just a few minutes, would you put off something until the last moment?  Or would you work feverishly doing His will until the very last second?  The truth is, we can’t see the future.  We don’t know what is next.  The life of the believer is rooted in faith and in the assurance that God is sovereign, trustworthy, faithful, and omnipotent.  We must walk by faith, for there is no other way to truly let Christ be Lord of our life.

In Matthew 14:29 Jesus called out to Peter who was standing safely in the boat out on the sea.  In response to Peter’s request for validation of Christ’s identity, Jesus had just one word of response and command for Peter… “Come”.  Pretty simple.  Not a complicated command.  Come.  So, Peter stepped out of the boat onto the water and started to walk. What would control the heart of a man, so much, that he would step out of a boat and believe that he could walk on water?  Think about the faith that Peter had to take that first step.  Now stop for a moment and think about this; if Peter could have seen just a few minutes into the future, and he saw himself start to doubt and sink, do you think he still would have stepped out of the boat? 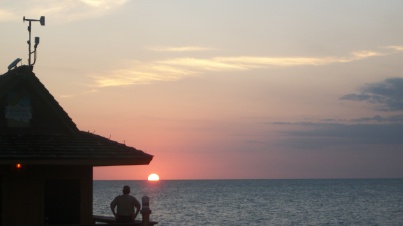 The Great Commission found in Matthew 28:19-20 starts with the word “Go”.  There is far more to that verse, but it starts with the command to “Go”.  So why do we seem to be in the boat still at times?  We have to be willing to be obedient and go, in faith, knowing that God is has a plan and that He is right beside us through those times when we may start to have doubts.  We cannot go without Christ, any more than Peter could walk on water without faith in Christ.  We have to step out of the boat.  We will never fulfill the work He has for us though, if we do not first “Go” in faith.

Another example of deep faith in the Lord is found back in Genesis.  In Genesis 12:1 the Lord spoke to Abram and the Lord told him simply to “Go”.  This was a different kind of command to Go but the test of obedience was no less significant.  God said “Go forth from your country, and from your relatives and from your father’s house, to the land which I will show you”.  Basically, he told him to get on the camel and start riding and he would show Abram later where they were going.  Abram’s obedience took simple, deep, demonstrable faith in God.  It is that mustard seed kind of faith.  It is the kind of faith that moves mountains.  It is kind of faith that makes you obey the Lord, uproot from your comfort zone and go, not knowing anything about what the Lord has in store for you.   Have you ever had that kind of faith?  Are you willing to leave all for Him if He asks you to?

I love to see how each of these men of faith responded.  Peter’s response when the Lord told him to “Come” was a model of obedience.  In Matthew 14:29 it says “…Peter got out of the boat, and walked on the water and came toward Jesus”.  He got out of the boat and started walking.  Period.  What was Abram’s response when the Lord told him to “Go…”? Genesis 12:5 says “So Abram went forth as the Lord had spoken to him…”.  Abram immediately went.  There is no indication that there was any hesitation from either of them.  There was no arguing.  No “fleecing” for confirmation.  No negotiations, nagging, or nay-saying.   They just obeyed, walking in faith.  Peter could not see what was going to happen, nor did Abram know what lay in store down the road.  If they could, it would have completely eliminated the need for faith.

In calling Jesus our Lord and Master we have also told Him that we are willing to live this life by faith.  Are you willing, like Peter and Abram, to get out of the boat or to get on the camel and to go forth as the Lord has prompted and commanded you?  Obedience to the leading of the Lord in our lives is evidence of our faith in Christ Jesus as our Lord and Savior.